ava
Battlefield 6 rumors include robots, Osprey aircraft, and a desert island map reveal while Call Of Duty keeps adding fantasy content to Warzone and we look at if it could wind up like Call Of Duty: Mobile

Battlefield 6 leaks continue to drop, each one sounding better than the next. This week Richie Bracamonte and Aaron Sampson discuss the latest near-future BF6 rumors as well as the state of Warzone, which might be headed the way of COD Mobile. They’ve also rounded up some good news and some user comments submitted by you!

With Battlefield 6 fast approaching, Aaron discusses how it appears to be shaping up. Fans have come up with concept art based on leaks and rumors. These include osprey aircrafts, Boston Dynamics robots and more near-future tech that classic fans are sure to love. It’s also this kind of tech and gameplay that attracted millions to 2019’s Modern Warfare reboot.

Speaking of Call of Duty, Warzone continues its slow-paced Zombie event that’s leading to something bigger. Richie and Aaron discuss the lull of the current event and how it’s been handled much better in previous events such as the “Know Your History” and “Haunting of Verdansk” events and modes. The upside being the recent date announced to kick off season 3 and possibly end our time with the Verdansk map as we know it. 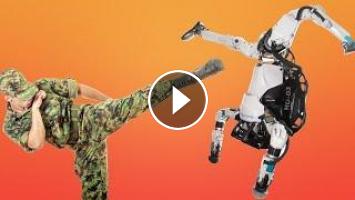 Battlefield 6 rumors include robots, Osprey aircraft, and a desert island map reveal while Call Of Duty keeps adding fantasy content to Warzone and we...