In the explosive finale to the Arkham series, Batman faces the ultimate threat against the city he is sworn to protect. The Scarecrow returns to unite an impressive roster of supervillains, including Penguin, Two-Face, Harley Quinn, Firefly, Poison Ivy, and Riddler to destroy The Dark Knight forever. The most intriguing member of this alliance, however, is the deadly and enigmatic Arkham Knight. 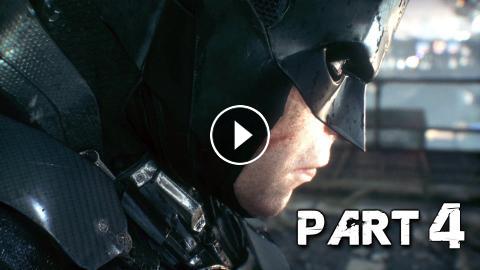 Batman Arkham Knight Walkthrough Gameplay Part 4 includes a Review and Campaign Mission 4 of the Single Player for PS4, Xbox One and PC. This Batman A...