Watch More Battlegrounds Mobile India BGMI Gameplays Here►►https://bit.ly/BGMIGameplays
------------------------------------------
[WHAT’s NEW]
BATTLEGROUNDS MOBILE INDIA is rolling out a new theme mode inspired by the popular Japanese animation - Neon Genesis Evangelion in the latest update.
Core Circle mode will be available in Erangel and Livik, players can put their best foot forward in the arena to avail of new skins, rewards, and progress-led bonuses!
The new theme features a special blue zone of 3.5x3.5km that is randomly selected inside the mode wherein players can get various supplies from the Evangelion crate and Defensive Fortress spawned in multiple locations. The mode also includes a respawn system. Players can enjoy the mode in duo or squad, and when a teammate is eliminated, the teammate will respawn after a given duration of time.
The Official Livik Map is here, all major cities in the official version of Livik have been remade, and the level structure and art quality have been comprehensively upgraded, giving you a richer combat experience and gameplay strategy!
Try the all new Livik exclusive XT weapons for better performance and a four-seater vehicle with a compact body which allows you to move quickly without being restricted by complex terrain.
Special airdrop! A special airdrop with rich supplies is dropped to the map in the middle of the game. To make it even more interesting we have the volcano erupt again after years of silence! Escape the explosion by leaving the area or going inside a building.
At the beginning of each game, a gold circle with a large supply will be randomly drawn from cities on the map. There are richer supplies, more BPs, and, of course, more opponents in the circle.
So, what are you waiting for? Call your friends and jump into BATTLEGROUNDS today!

[ INDIA KA BATTLEGROUNDS]
Set in a virtual world, BATTLEGROUNDS MOBILE INDIA is a new battle royale game where multiple players employ strategies to fight and be the last man standing on the battlegrounds. A free to play, multiplayer experience, in BATTLEGROUNDS MOBILE INDIA, players can battle it out in diverse game modes which can be squad-based or solo.
Featuring diverse maps with different terrains in a virtual setting, BATTLEGROUNDS MOBILE INDIA uses the full capabilities of Unreal Engine 4 to bring alive fantastic worlds augmented by 3D sound, to build a truly immersive experience on a mobile phone. Pick your map and mode that suits you and get set for a thrilling ride.
With detailed monthly added content updates and world-class collaborations, there is always something to look forward to in this battle royale game. As we progress down the calendar, we will hear more feedback from you, and we will work with partners and bring exciting new collaborations your way.
Are you ready to experience #IndiaKaBattlegrounds? #BATTLEGROUNDSMOBILEINDIA 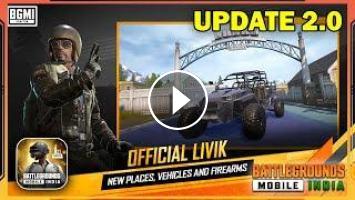