Days Gone is an action-adventure survival horror video game developed by SIE Bend Studio and published by Sony Interactive Entertainment for PlayStation 4. Days Gone is set in a post-apocalyptic open world, played from a third-person perspective. The player controls Deacon St. John (Sam Witwer), a former outlaw-turned-drifter and bounty hunter who prefers life on the road to wilderness encampments. The game takes place two years after a global pandemic occurred almost wiping all of humanity, and transformed millions of others into "Freakers", mindless zombie-like creatures that are quickly evolving.

Deacon St. John, a member of Mongrel MC, is among the survivors of the epidemic. Deacon drifts through the wasteland of the Pacific Northwest, never staying in one place for too long. Deacon often takes work as a Bounty Hunter/Mercenary, offering his services in exchange for supplies. However, Deacon learns that there is a price on his head adding to his list of enemies. Deacon and his friend Boozer plan to head north but their plans are put on hold when Boozer is injured and Deacon's bike is destroyed. 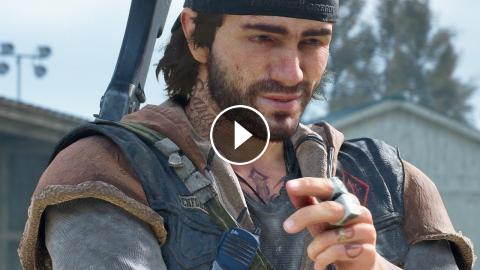