Elden Ring Lore - Rennala and the Academy of Raya Lucaria

Today, we’ll discuss a prodigy who would become a Queen and a school influenced by the stars. It all began with those who would look up at the stars above.“ Astrologers, who preceded the sorcerers, established themselves in mountaintops that nearly touched the sky, and considered the Fire Giants their neighbors.”

We can find remnants of the Astrologers looking out at the stars all over the Lands Between, via crescent bowl shaped monuments or, perhaps moondials setup on mountains and cliffsides that collect Starlight Shards.

While I’m not certain of the exact purpose of these, one is found on an altar in the Royal Moongazing Grounds of Caria Manor - indicating that it was incredibly important to astrologers. Considering they do look so similar to Sun Dials, it could be that these served a similar purpose… but for the moon. As Starlight Shards are regularly found in these, perhaps they were used for that very purpose.

Elden Ring Lore - Rennala and the Academy of Raya Lucaria 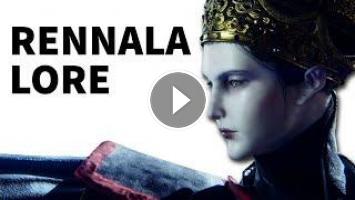 While much of Elden Ring initially would seem to focus on the Erdtree and Golden Order, the Academy of Raya Lucaria is just as major of a faction to t...