198 Views
admin
Far Cry Primal's story campaign continues! We expand our primitive village with a mostly naked guy in a wolf hat who makes us take drugs and think we’re an owl. Subscribe for more Far Cry Primal gameplay on Outside Xbox: http://www.tinyurl.com/SubToOxbox

Further investigation reveals that our new shaman Tensay is a useful guy to have around, as he teaches us the basics of 'beast mastery', Far Cry Primal’s new mechanic that lets you tame wild animals and have them do your bidding.

Our first target for taming is a legendary white wolf who has been wreaking havoc amongst the ranks of our rival tribe, the flesh-eating Udam. That’s what we’re trying to do as well, so the allegiance of a massive ravenous wolf can only help.

The Far Cry Primal gameplay in the video above was captured on the PS4 version of Far Cry Primal supplied by the game publisher. Far Cry Primal comes out on release date 23 February 2016 on Xbox One and PS4, and on 1 March 2016 on PC. 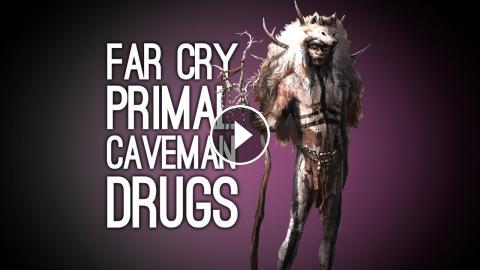 Far Cry Primal's story campaign continues! We expand our primitive village with a mostly naked guy in a wolf hat who makes us take drugs and think we’...