Check out our free game! ▼

What is Goat Simulator?

"Goat Simulator is a third-person perspective simulation video game developed by Coffee Stain Studios. It was released for Microsoft Windows via Steam on 1 April 2014, while ports for Mac OS X and Linux are presently being developed.

The game has been compared by the developer as akin to skateboarding games, but where the player controls a goat aimed at doing as much damage as possible around an open-world map, without any other larger goals. The game, initially developed as a joke prototype from an internal game jam and shown in a early alpha state in YouTube videos, was met with excitement and attention, prompting the studio to build out the game into a releasable state while still retaining various non-breaking bugs and glitches to retain the game's entertainment value.

The game received mixed reviews, with some reviewers praising the title for providing a humorous sandbox title to experiment with, while others criticized the game's reliance on social media to popularize the otherwise simple and buggy title." 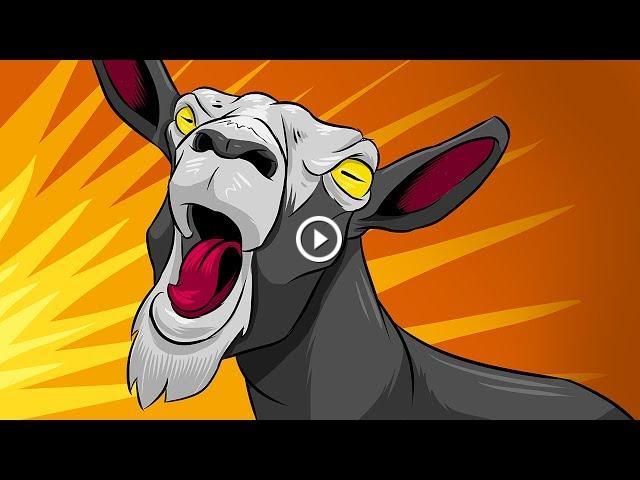