ava
Join your magnanimous royal rock star, the Party King, while he power chords as the host of the 8th Clashiversary trivia challenge. A battle of wits (or a lack of...) is about to begin where two content creators take on two members of the Clash of Clans dev team to see who knows more about Clash trivia. When the glitter settles, who will reign supreme? 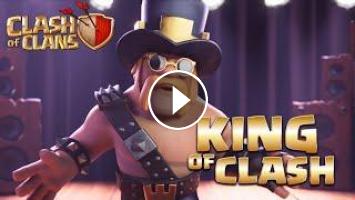 Join your magnanimous royal rock star, the Party King, while he power chords as the host of the 8th Clashiversary trivia challenge. A battle of wits (...