Rage 2 (stylized as RⒶGE 2) is a first-person shooter video game developed by Avalanche Studios in conjunction with id Software and published by Bethesda Softworks. The game is the sequel to the 2011 game Rage. The game was released for Microsoft Windows, PlayStation 4 and Xbox One on May 14, 2019.

Rage 2 is a first-person shooter. Players assume control of a ranger named Walker, who is free to explore the game's apocalyptic fiction open world. Players are given control over some of Walker's attributes, such as their gender, skills, or attire. Walker is able to wield various firearms and tools to fight against enemies, including returning weapons such as the wingstick. Players can develop Walker's skills with Nanotrite-based powers. Through a mode called Overdrive, Walker's guns do more damage, enemies drop more energy and they get healed constantly — providing players with an aggressive way to mow down enemies. Nanotrites from the first game, which act as special powers and ability boosts, can also be used to increase combat efficiency. The game also features vehicular combat, including trucks, buggies and gyrocopters, with the player being able to drive any vehicle in the game's world. 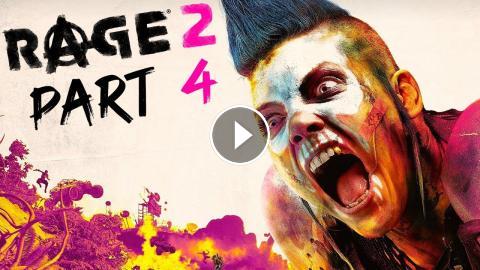