Saints Row: The Third is a 2011 action-adventure game developed by Volition and published by THQ. It is the third title in the Saints Row series. As in the previous games, the player-character leads the Third Street Saints gang in a turf war against three rival gangs using a variety of weapons and vehicles in single-player and cooperative play. It was released on November 15, 2011 for Microsoft Windows, PlayStation 3, and Xbox 360. Deep Silver published a Nintendo Switch port on May 10, 2019, and will release a remastered version for PlayStation 4, Xbox One, and Microsoft Windows on May 22, 2020.

Saints Row: The Third is an action-adventure game played from the third-person perspective in an open world, such that players explore an unrestricted environment. Similar to the premise of the previous Saints Row games, the player's goal is to lead the Third Street Saints gang to overtake its rival gangs in the city turf war. While the protagonist is the same, the game introduces a new setting, the city of Steelport, with its new gangs: the Morningstar, Luchadores, and Deckers, together known as the Syndicate. To further complicate matters, the government's Special Tactical Anti-Gang unit (STAG) is summoned to quell both organizations. The Third is the first in the series to intertwine the narratives of its three-gang structures, and also presents the player with story-altering decisions. 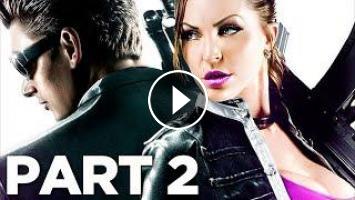