In this episode of The Stanley Parable lets play series TobyGames, playing as Stanley, walks into his boss's rooms and shows you how to find the right key code in the red boss's room. Stanley finds out the secrets of the place where he's trapped.

Tobuscus, playing the Stanley Parable faster and better than anyone else in the world, realizes that the game is about spying on every single person, showing us that there were no individuals in this game, and that the meta part of Stanley Parable is that Stanley realizes that he's been controlled by someone his entire life. He decides that destroying the happy/sad controls, as well as any mind control machines, is exactly how to beat the people who were controlling him.

SPOILERS: Stanley, concerned about his gone co-workers, Stanley realizes that the end of the game is Stanley realizing that his main point was to be happy and to be free. He gets to a screen that says "Beat the Game." When the game ends, it begins again. The narrator turns out to go kind of GLaDOS-like and a liar, but we still don't know how to truly beat it because the narrator has the power to control Stanley altogether.

STEVEN'S NOTE:
During this game, I was playing the whole time. That's why Toby beat Stanley Parable and showed you how to get through the last level of The Stanley Parable without a scratch, really.... Ha! Gotcha! Like Toby would ever let me play his games or enjoy life in any way. You're so gullible. That's why I like you.

Your off to the side friend,
Steven

Outro Music "Gimme That" by DJ Alex S.
Get it on iTunes! 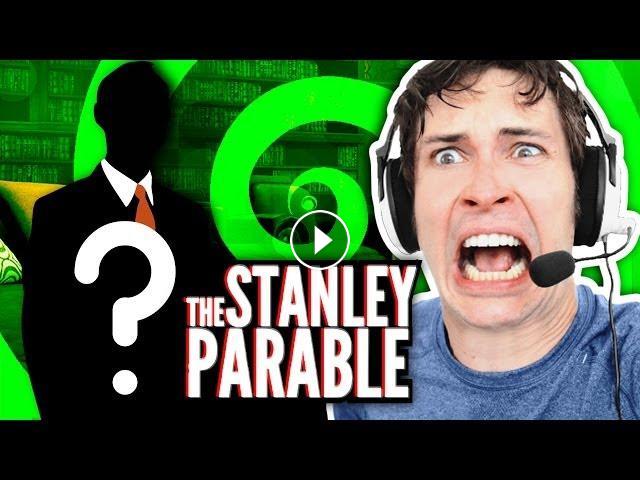