ava
Top 10 Things You Missed In The Let's Go, Pikachu & Eevee Trailer
Subscribe To Top 10 Gaming:
A brand new trailer for the upcoming Nintendo titles Let’s Go Pikachu and Let’s Go Eevee was recently dropped, and despite only being just over a minute in length, it’s got fans buzzing! Being released for the Nintendo Switch, the games made major waves during Nintendo’s 2018 E3 press conference when it was revealed that players could sync up their Pokemon Go app with the Switch title, and that you could get your hands on some really cool JoyCon controllers that were, of course, in the shape of a Pokeball. Just take my money now, please.
More Videos You Might Like:
TOP 10 GAMING UPLOADS:
PRODUCER:
Landon Dowlatsingh-
Hosted By:
Kelly:Instagram:
Edited By:
Cassie Macinnis:
Sources: 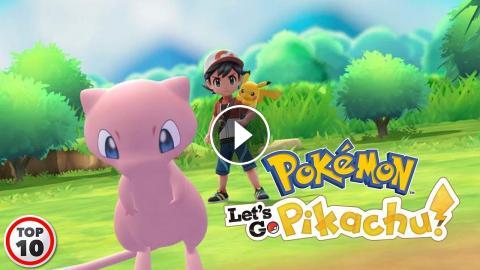