Aliens Fireteam Elite has a campaign that can be played in Single Player with AI or Multiplayer Match Making. There are 4 total campaign missions including Mission 1: Priority One, Mission 2: Giants In The Earth, Mission 3: The Gift Of Fire and Mission 4: The Only Way To Be Sure.

Aliens: Fireteam Elite is scheduled for release in North America and Europe on August 24, 2021 for Xbox Series X/S, Xbox One, PlayStation 5, PlayStation 4, and Steam.

Aliens Fireteam Elite is a multiplayer third-person shooter game developed by Cold Iron Studio in collaboration with Disney's 20th Century Games. It is the first Alien game since Alien: Blackout and is a standalone sequel to the original Alien trilogy. In contrast to Alien: Isolation, Fireteam Elite will focus on action rather than survival-horror. The game will be a third-person co-op shooter, able to be played with friends or AI teammates.

The game has five character classes: Gunner, Demolisher, Technician, Doc, and Recon. The game contains four story campaigns with three missions each, and the player is accompanied by two allies who can be controlled by another player or by an AI. There are five levels of difficulty and twenty types of enemies, and weapon customization and character progression are present within the game. Local co-op is not available, though online matchmaking can be public or private. 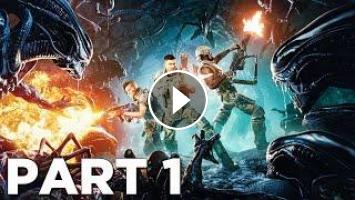