ava
With $60,000 on the line, over 1000 Clans have Clashed their way in the Town Hall 12 Cup tournament. Now, the elite of the elite will battle face to face in an epic 5v5 Clan War on the stage at ESL in Katowice, Poland. You can't miss a single moment, from the first Troop deployed to the last sizzle of the Giga Tesla, welcome to the ESL Town Hall 12 Cup Finals livestream!

Let's meet the Clans competing in this exciting stream!

Hosted by MrBanks from ESL, join our casters CarbonFin, Woody, and we're proud to introduce our newest caster: Clash Bashing! Along with Technical Analyst Judo Sloth, be prepared for some of the most exciting Clash of Clans competition you've ever seen! 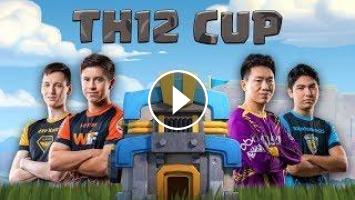