Watch Dogs 2 (stylized as WATCH_DOGS 2) is an upcoming open world action-adventure third-person shooter video game developed by Ubisoft Montreal and published by Ubisoft. The sequel to 2014's Watch Dogs, it is set to be released worldwide on November 15, 2016 for Microsoft Windows, PlayStation 4 and Xbox One.
Set within a fictionalized version of San Francisco, the game is played from a third-person perspective and its world is navigated on-foot or by vehicle. Players control Marcus Holloway, a hacker who works with the hacking group DedSec to take down the city's ctOS 2.0, an advanced surveillance system.

Following Chicago, San Francisco becomes the next city to install the ctOS surveillance system, (the Central Operating System), which connects everyone with everything. The game features a new protagonist named Marcus Holloway, who is a young, intelligent hacker from Oakland. He was wrongly framed for a crime he did not commit when he was still a child by the upgraded ctOS system, ctOS 2.0, which connects his personal information to the crime. Realizing the system brings harm to the innocent citizens of San Francisco, he decides to work with the hacking group DedSec to take down the city's ctOS 2.0, and Blume, the creator of the ctOS system. 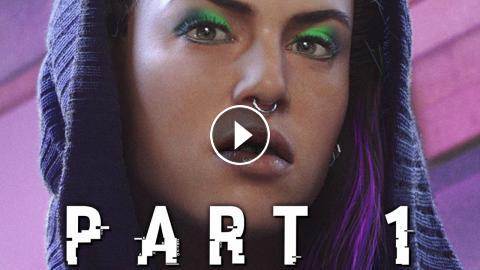