Watch Dogs is a sandbox style action-adventure-stealth video game developed by Ubisoft Montreal and published by Ubisoft. Watch Dogs is available for for Playstation 4, PC, Xbox One, PS3, and Xbox 360. Set in a fictionalized version of Chicago, Illinois, the game centers around Aiden Pearce, a highly skilled grey hat hacker who can hack into any device within in the city, taking hold of an entire city's infrastructure, either to obtain and control information or to destroy such devices completely at specific times. Aiden Pearce is the protagonist of Watch Dogs, and is a highly skilled Grey-Hat hacker who has access to the CtOS of Chicago using his highly specialized device, the Profiler. Because of the danger put to those in his past whom he loved, he has taken to a personal crusade against the powers that be. His obsession with security, surveillance, and control borders on the paranoid and dangerous, extending to monitoring his own family (unbeknownst to them).

The storyline of Watch Dogs explores the impact of technology within our society; bringing to the forefront the concept of information warfare, data being interconnected, and the world's increasing use of technology— questioning who exactly runs the computers they depend on. The game is set in a contemporary fictionalized version of Chicago, Illinois, which is one of many cities to feature a supercomputer known as ctOS (Central Operating System). In this version of Chicago, everyone and everything is connected. The city's overarching network controls almost every piece of technology in the city; banks, security cameras, traffic lights, communication hubs, and even key data on the city's residents and activities have been complied into the system and can be used for various purposes. In the game's universe, the Northeast blackout of 2003 was found to be caused by a hacker, prompting the development of CtOS. 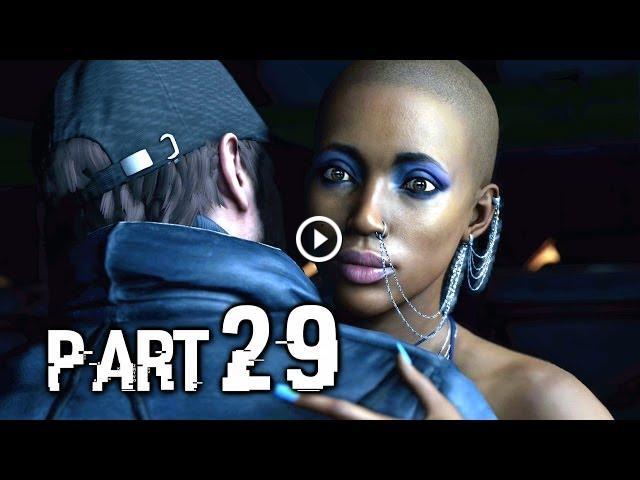